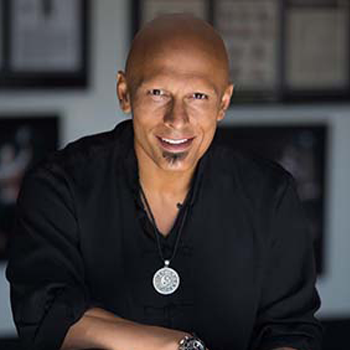 Sifu Singh is a martial artist, author, speaker, and high-performance coach. He has studied martial arts since the age of 4, and has been an athlete his entire life, earning a tennis scholarship to UC Davis in 1997. The summer before his graduation, Sifu Singh was attacked in the Ocean Beach area of San Francisco, California. Soon after, he was injured in a car accident. These 2 experiences inspired him to follow a different course than his original plan of a lucrative technology industry career in Silicon Valley.

In this episode of the Adventure Mind Podcast, we talk with Sifu Harinder Singh Sabharwal, President and Chief Training Officer of the Jeet Kune Do Athletic Association. Sifu Singh also collaborated with Budo Brothers to produce a practical and affordable training resource for anyone interested in martial arts called Martial Arts for Everyone. Here are a few takeaways from our conversation.

On his experience being attacked ...

Nonetheless, he experienced stillness in chaos for the very first time, and this would go on to be a theme in Sifu Singh’s teaching. Sifu Singh, after these harrowing experiences, was primarily interested in martial arts for the sake of combat readiness. He wanted to learn the subtle aspects of fighting, which lead him to learn tai ji and qi gong, including the healing and restorative aspects of these disciplines. These proved to be a helpful compliment to his study of wing chun, jeet kune do, and Filipino martial arts, among others.

Those attackers of mine became the greatest blessing in the world because those attackers came and pivoted my entire life. They were sent from the Divine ...

On being on a mission of discovery ...

My mission is simple. It’s to use all of my resources to help my students get in touch with their resources, so they can be of service to the world. As soon as we know that reason [for us being here], we are awake in this dream [of life], and when that happens, it’s a really wonderful experience.

On his martial arts seminar with Budo Brothers ...

During our conversation, Sifu Singh went into a bit more detail on his digital martial arts seminar he produced in collaboration with Budo Brothers, Martial Arts For Everyone. These are universal martial arts principles that can be employed and deployed by martial artists of all styles and systems that will help them survive a dangerous street fight.” It’s about the principles, not the styles from which the principles come.

On creativity in exploration while travelling the warrior's path ...

People want to follow their teacher and become an exact copy of their teacher, and then they are put in a box by their teacher’s box. But as for me, being a teacher… My goal is to shatter that box, and for you to see what’s outside of it, and that I’m not the giver of truth... I’m the pointer to the truth for you to discover on your own. The power is in that. That’s where the power lies.

On the changing perception of the martial arts ...

Sifu Singh also talked about how the landscape of martial arts has changed from the 1970s and 1980s in the pre-UFC days. People only knew martial arts from movies and professional wrestling. In this era, it was enough to be a master of one art and take the gamble that your art would be enough. His encouragement to martial artists, especially teachers, is to be a jack of all trades and master of one. Have your specialty, but also be aware of what other people know and can do. To this end, he also encouraged anybody who had yet to practice martial arts to find what they wanted to study and branch out from there. “Start with something that you want to do. If you do something that you want to do, you will do much better than you would forcing yourself to do something.” You can then, either at the same time or later, add in those things you need to do to accomplish your personal goals.

On martial arts and life philosophy ...

On Sight Beyond Sight ...

Sifu Singh and Joshua talk about the Sight Beyond Sight initiative, a program in development which will provide a path to the warrior lifestyle for blind and visually impaired people everywhere.