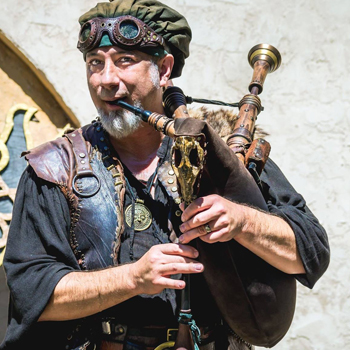 Daniel O’Ryan is a crafter of custom guitars, as well as a musician and founding member of The Craic Show, a fixture at renaissance fairs across the United States and beyond. Their latest album, The Craic Show Was Live puts you front and center for an audio experience that incorporates traditional Celtic music, Irish drinking songs, and progressive use of percussion and pipes. Theirs is a musical fantasy that will call to the adventurer in the heart of every listener. 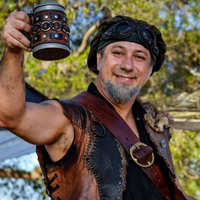 Joshua and Daniel have been friends for nearly a quarter century, having played together in the band Agape Love Experience in and around Santa Cruz, California from the late 1990s through the early 2000s.   In this episode, Joshua and Daniel remember their time playing music together, talk about Daniel’s personal journey, and contemplate the nature of reality and genuine spiritual connection.   During this episode, you heard three selections from the album “The Craic Show Was Live”, including “The Ravens”, “Heiduckentanz” and “Awaken”.   Don’t forget to check out Daniel’s custom cigar box instruments, Lucky Pick Guitars.   Make sure to check out The Craic Show, get hold of The Craic Show merch, and stream a bunch of their songs for free on their official website!