David shares the fundamentals of the sheep dog lifestyle and the concept of being your own first responder. He and Joshua also explore the idea of layered self-defense and the importance of personal awareness.

If you’re interested in training with David, or just want to thank him for coming on the show, please show him a little Instagram love @SheepDogDefender, wont you? 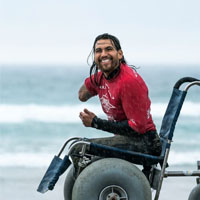 In this episode, Jose and Joshua talk about their love of surfing and their experience in competing on the US Team together. Jose also goes deep on his recovery from his injury, and what he does to persevere when things get tough. This is not an episode to be missed.

He’s also got a sick nonprofit helping out veterans and first responders called Four Season Fighters. Please give them a moment of your time.

In this episode, Josh and Joshua talk about everything from music and Josh’s former band, Zen Vendetta, opening for Chris Cornell to the time Josh and Joshua tried to get service while walking through a Burger King drive through. Josh also talks about some of the differences between California and Texas, as well as his passion for racing cars.

Josh went on to talk about his involvement with the band Runescarred. He dropped some breaking news about the band, but you’ll just have to wait until the end of the episode to find out what that news is.

You can learn more about Josh and see his dope photography on his Instagram @wolf.man.photo.. 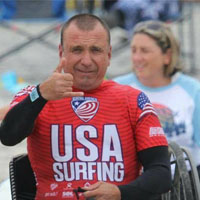 Chaka and I discuss what it takes to coordinate a growing adaptive surfing competition like the US Open, which will be in its fourth year this September 10-13.

We also talk about his journey from a life-changing motorcycle accident in 1986 to finding his way onto the water again to become a premier figure in the adaptive surfing space.

Learn more about the adaptive surfing programs and clinics hosted by Stoked for Life and get details on the fourth-annual US Open Adaptive Surfing Championships.

In this episode of the Adventure Mind Podcast, we talk with Sifu Harinder Singh Sabharwal, President and Chief Training Officer of the Jeet Kune Do Athletic Association. Sifu Singh also collaborated with Budo Brothers to produce a practical and affordable training resource for anyone interested in martial arts called Martial Arts for Everyone.

Here are a few takeaways from our conversation. END_OF_DOCUMENT_TOKEN_TO_BE_REPLACED